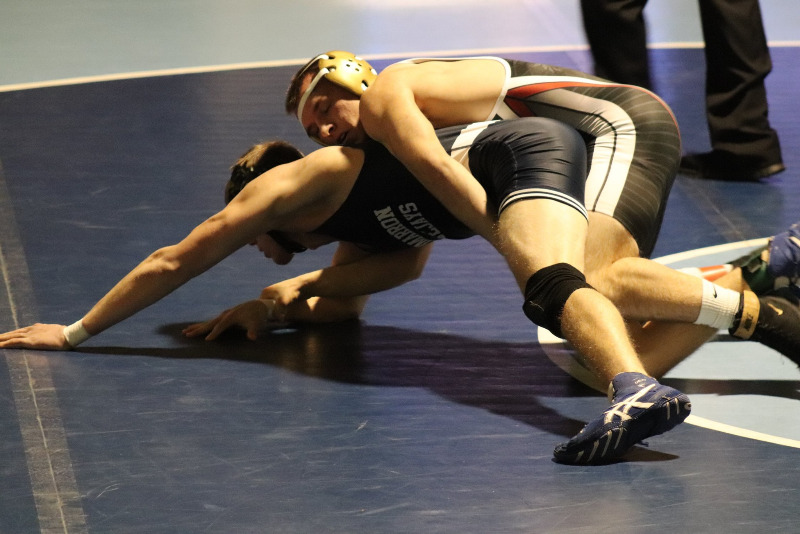 The Indian wrestlers began the year 2020 at a triangular in Cimarron taking on the Blue Jays and the Dodge City Red Demons.  Unfortunately, not having a complete roster of all the weight classes makes it very difficult to win team dual competitions, but the Indians did well in the weight classes in which they were represented, only losing 3 varsity matches on the day.  Coach Brown said, “We have the positions filled pretty well in the middle weights, but have struggled to find little guys and then the bigger guys. Giving up 6 points for every open weight class makes scoring points in duals tough. I thought we represented Leoti very well, winning most of our matches and finishing the day 11-7 overall.”

After failing to write an article over the holidays, it needs to be mentioned that the Indians competed in the Goodland Holiday Classic on December 21st.  Jesse Gardner brought home the Indians only gold medal from this tough tournament, but overall it was good day. Jesse had Konnor Pfeifer of Ellis in the finals.  Gardner and Pfeifer have been wrestling rivals since the early days of kids wrestling and it’s always a good matchup. After falling to Pfeifer at regionals last year, Gardner was able to get the win in Goodland.  “I was extremely proud of Jesse and how he managed to remain mentally tough and control the match from the beginning. This was a milestone he needed to conquer and should provide a boost moving forward this season,” said Brown.  This rivalry will continue as Gardner and Pfeifer will most likely meet several more times this season including this weekend in Scott City.

The Indians look for individual success over the next couple weeks with tournaments in Scott City and Atwood.  “We have some tough kids and they typically excel in the tournament situations”, said Brown. The Indians appreciate all the fans who come support our efforts.  The Scott City Classic begins at 10:00 AM on January 18th and we’d love to see you there. There will be some tough kids from all over Western Kansas and there will be lots of exciting matches.  The week after, the Indians travel to Atwood for the Buffalo Invitational on 25th.