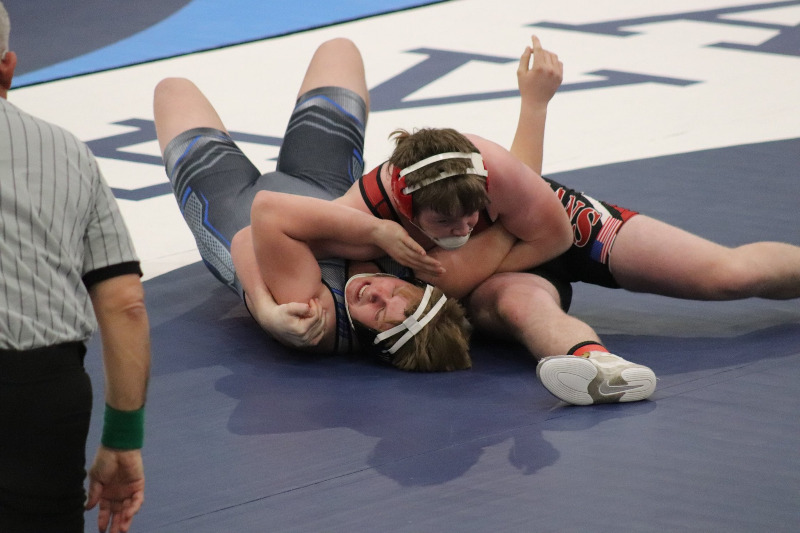 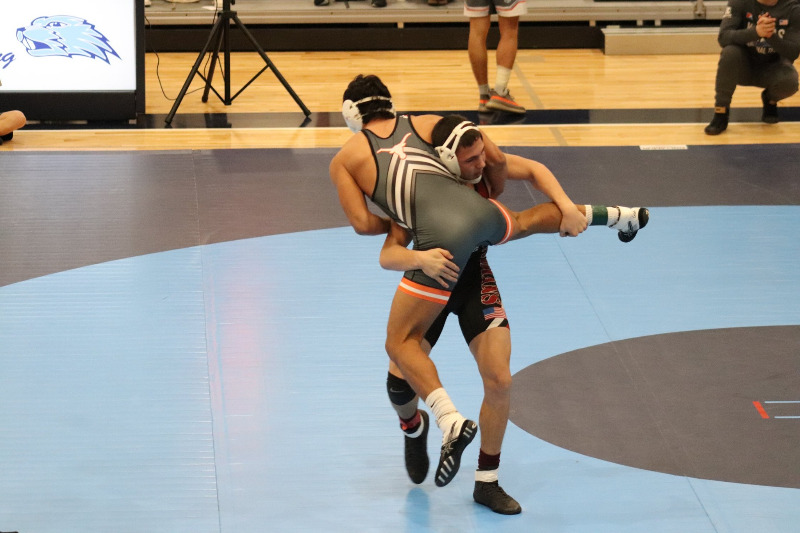 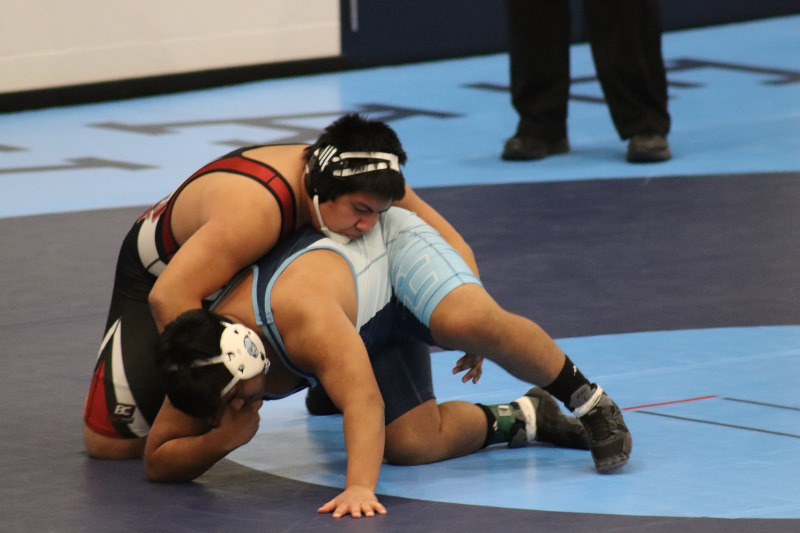 The Indians made the short trip to Scott City for the annual Scott City Classic on January 18th.  Thirteen schools were represented and the Indian grapplers ended up with a 6th place finish overall.   Most of the Indians were able to get at least one win on the day, and Jesse Gardner brought home another championship at the 160 lb weight class.  Coach Brown said, “Overall it was a good day.  A few injuries and illness kept us from finishing a bit higher in the team scores, but on the individual side we had some success.”  The tournament was the debut wrestling event in the new Scott Community Event Center which opened earlier this year.

On the individual side of things, Jesse Gardner had another strong performance bringing home another gold medal.  Gardner faced Scott City’s Kale Wheeler in the semi-finals, who he beat in a 5-0 decision and then faced off for a re-match against Kyler Henry of Cimarron in the finals.  He prevailed over Henry in a 5-1 decision for the gold.  “Jesse continues to improve each week.  He’s building the confidence that is necessary to advance to the post season next month,” said Brown.

Other notable performances by the Indians were fourth place finishes by Chandler Seaton at 182 lbs., and Juan Mancillas at 220 lbs.  Tristen Porter was on his way to a good finish before being side-lined by an injury.  The Indians continue to look for improvement as the season moves along.  “We have a few minor things to clean up over the next couple weeks.  A few small mistakes cost us a couple matches.  Look for us to fix those issues and finish higher in the medals over the next few weeks,” said Brown.

The Indians will be on the road over the next couple weeks, traveling to Atwood and Ellis.  Fans can catch the Indians at the Buffalo Invite in Atwood on January 25th beginning at 9:30 AM.  The following week, the Indians travel to Ellis for the Northwest Kansas Tournament of Champions.  Wrestling Action begins at 1:00 PM on January 31.  Hope to see everyone out supporting the Indians.